Phronesis is a Greek word that is translated as “practical wisdom.” As our namesake suggests, we at Phronesis possess the capability to listen, reflect, analyze and only then consider the best modes of action to enhance the quality of the built environment. Practical experience guides our work and we strive for excellence in all we do.

Our Mission Defines Us

It is our mission to use planning and design as tools to renew communities and promote healthy living and environments. At the root of our dedication is our sincere conviction that informed decisions are economically beneficial, socially responsible and environmentally sound. We look beyond project boundaries to understand the challenges for the site in relation to the neighborhood. We have found the needs for green infrastructure and connectivity of urban design are often linked.

We provide detailed, thoughtful landscape architecture, planning and urban design solutions to our clients. Our team offers visionary ideas at a variety of project scales. We provide an engaging design process that incorporates clients/communities throughout our process to deliver the highest quality constructed project.

Practical experience guides our work and we strive for excellence in all we do. 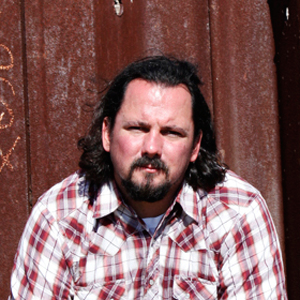 As a highly respected, innovative landscape architect and pioneer of urban acupuncture, Tim Duggan knows the value of being able to educate people about our evolving cities and rapidly changing society. Tim is able to connect with diverse audiences by plainly translating complex ideas into straightforward language, making him a valued speaker at national conferences. Tim excels at articulating complex systems in a simplistic manner, which is why he’s been a versatile speaker at events like TEDxHarlem, the 2019 Landscape Architecture Conference, P4 Conference 2015, Dwell on Design 2014, the National Black Caucus 2010, and Reinvention New Orleans 2010.

Tim’s work on diverse projects in communities across the country has earned him critical acclaim – he’s worked on over 200 LEED Platinum certified projects during his previous role as Director of Innovations for the Make it Right Foundation, where his design leadership led to a transformative revamping of the Lower Ninth Ward in New Orleans after the devastation of Hurricane Katrina. His professional background is full of cutting-edge projects like Kansas City’s Bancroft School, the Fort Peck Indian Reservation Sustainable Village, as well as Pittsburgh’s McKinley Park and 4-Mile Run, a macro-level design project for the region’s citywide green infrastructure plan. His concept plan for the Marlborough Neighborhood in Kansas City became the bedrock for The Liveable Streets Corridor, which connected regional park systems into one. In 2010, his Adaptive Management Plan 1.0 became the first submitted federally-recognized consent decree in the US. Since then, hundreds of American cities have copied and implemented this approach. Tim’s multifaceted, radically imaginative portfolio is built on an innovative way of conceptualizing design and urban planning – a different, fresh way of thinking about building the cities and landscapes of our future. This inventive style of thinking about projects is “urban acupuncture” – which is a type of precision development focusing on utilitarian purpose and informed design that honors a commitment to uphold the “spirit of the place” or “genus loci” of each community a project is in. Tim has spent years perfecting the thought process behind this urban acupuncture and works to make it the gold standard of future development.

His projects cover everything from creating playgrounds to revamping complex city infrastructure systems. His firm Phronesis is a versatile, contemporary company that has a reputation for creating fantastic and sustainable visions for evolving cities, and he’s not afraid to elbow-in with decision makers to bring his ideas to fruition, while working extensively to create dialogue and collaboration with local community organizations and neighborhood residents.

Tim brings his expertise in nuanced urban planning to his events, and he’s experienced in speaking to a wide variety of audiences from many different walks of life, from industry professionals to politicians. He utilizes his background in community engagement and community dialogue to engage with people who aren’t familiar with the finer details of urban planning, which allows him to not only reach neighborhood members themselves, but forge bonds with decision-makers in many different settings.

Many of his projects directly tie into topics of not only urban planning, but food insecurity, environmental racism, climate change mitigation/preparation, and accessibility. His work showcases how interconnected urban planning is with some of the most pressing social issues we face today. Tim is dedicated to building a smarter, brighter, more equitable future for us all – from the ground up. 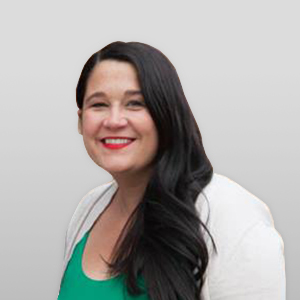 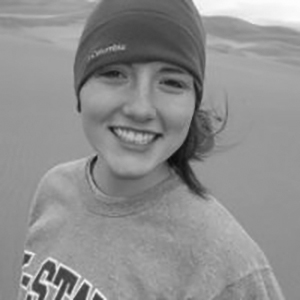 Abby Glastetter is a landscape architect who is currently working on urban design and traditional landscape architecture projects. While completing her Master’s degree, Abby partnered with the Wichita Downtown Development Corporation to develop the ICT Urban Pop-Up Park in downtown Wichita, KS. Abby approached this project with a progressive, interactive community feedback process, which allowed her to identify recurring comment themes from residents and employees in the immediate community – an approach that cultivated important site social capital and has colored her career since. This collaborative spirit and specific form of ethnographic research continues to influence how she evaluates and designs urban spaces.

After graduating, Abby moved to Washington, DC to work at Rhodeside & Harwell (RHI), a multidisciplinary firm. While there, she participated in a variety of landscape architecture and city planning projects ranging from urban cycle tracks to international US Embassy site design. Abby played a key role in the document development and compilation of the Comprehensive City Master Plan for Sandy Springs, GA. She also worked extensively on the Cultural Landscape Report (CLR) for the historic Green-Wood Cemetery in Brooklyn, NY and the Tower Grove Park Master Plan in St. Louis, MO.

Since joining the Phronesis team in 2017, Abby has worked to collaboratively explore creative solutions to sustainable site and city scale design projects. She’s participated in the design and construction documentation of holistically planned projects in Kansas City, Pittsburgh, and Nevada City, CA. In Kansas City specifically, she was part of the braintrust behind the Green Infrastructure Adaptive Management Plan that was approved by the KC City Council. This plan was drafted to help guide Kansas City lawmakers select the most optimal locations in the city for green infrastructure to be developed and implemented in. The end result: green infrastructure facilities that not only provided things like water quality and control benefits, but creatively offered positive community amenities for the areas they were in. She’s worked on other projects that have emphasized the importance of community amenities, including advocating for a holistic design concept that paid homage to the nature geography of the region when KCMO’s Karnes Playground in Roanoke Park was being designed.

Abby is passionate about using creative solutions to the growing issues our communities face in urban design. She plans to continue her work learning about designs that function amidst climate change, especially in coastal regions. She looks forward to continuing her work with Phronesis! 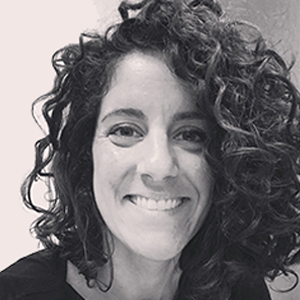 Beth joined the Phronesis team in 2017. She has a storied educational background with diverse project experience. She earned her Masters of Landscape Architecture degree at Kansas State University (2016). Before her Masters, she graduated with a dual Bachelor of Arts in both History and Philosophy & Religion from McPherson College (2006). For over a decade, Beth has been working in a wide variety of roles directly at the juncture of community, landscape, research, and art-making.

In the time between her undergraduate and graduate work, she worked in areas of conflict resolution, social engagement, environmental education, and site management. She held various leadership roles which involved working with peers, young adults, students/residents, and parents/older adults in varying capacities. These roles include her time spent as a director and coordinator for service-learning workcamps on the Navajo Reservation in New Mexico and on the Pine Ridge Reservation in South Dakota. She also took on the mantle of Site Coordinator for a workcamp outside Coleraine, Northern Ireland. These positions allowed her to work logistically with various demographics, in person and remotely, through organizing and staging projects for participants to hit the ground running. She considers these on-the-ground experiences critical to her success today, frequently drawing upon her past accomplishments and lessons as inspiration for her current projects. Her work, past and present, radiates her passion for the dual aspects of science and art in landscape architecture.

While completing her Master’s degree, Beth worked as a teaching assistant for site design, graphics, and visual thinking courses. She was also part of an intimate team that collaborated with artist Stand Herd to develop a sculpture installation and greenroof design that activated and engaged an outdoor exhibition space at the Marianne Kistler Beach Museum of Art. For another project, she interned with the Aggieville Business Association, in Manhattan, KS, with geospatial data collection production and critical mapping knowledge. She completed landscape master planning and planting design work in the Rocky Mountain Front Range (CO) and Diablo Mountain Range (CA) while completing another internship with Fletemeyer & Lee Associates in Boulder, CO.

Since joining Phronesis, she has been involved with a range of projects including the San Juan Ridge Adaptive Reuse Concept Master Plan (Nevada City, CA), the Emmanuel Family and Child Development Center Project (KCMO), the 2000 Vine Street Adaptive Reuse Plan (KCMO), McKinley Park (Pittsburgh, PA), the Kansas City Green Infrastructure Watershed Concept Plan (KCMO) as well as the further refined projects prioritized within the Green Infrastructure Watershed Concept Plans currently focused in Brush Creek. Beth has a keen eye for both the artistic and logistical sides of landscape architecture, and always honors the communities she works with in her projects – making her an excellent addition to the innovative team at Phronesis.